I happened to be in Central London on Sunday when several city landmarks paid their own tribute to the victims of the Paris massacre. Vigils had already been held in London and around the world following the deaths of 17 police and civilians in the French capital following the attack on the Charlie Hebdo satirical magazine on Wednesday 7th.

In a tribute that coincided with the rallies across France, London landmarks including Tower Bridge and Trafalgar Square displayed the colours of the French Tricolore national flag.

From a photographic point of view, London’s inclement weather actually provided a nice effect with the projection being picked up by the raindrops, so I had to take the opportunity to capture some photographs …. 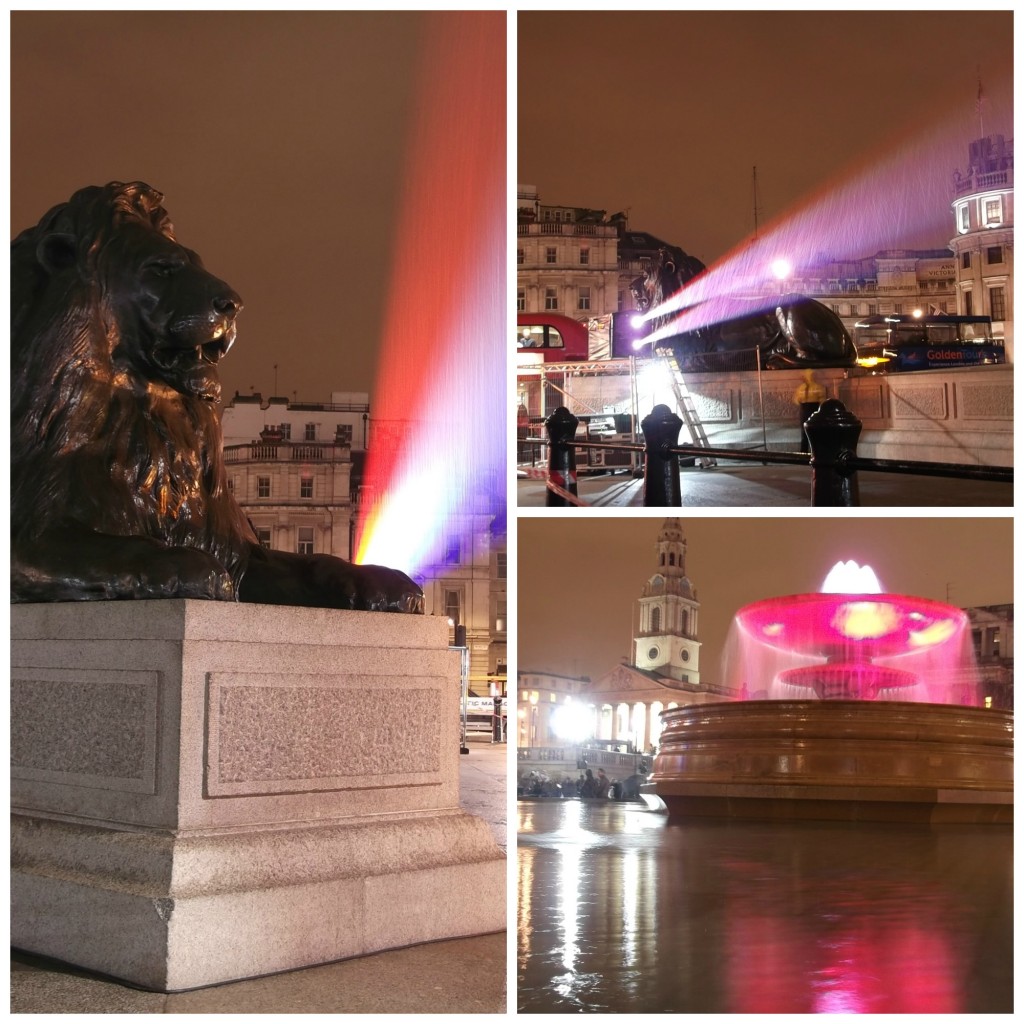