I’ve seen this happen a few times now especially at this junction – which is my nearest – and consists of four lanes merging together. Many a time I’ve seen lorries behaving errantly, only to see in the cab that the driver has a laptop perched on the dash.

I just hope they catch more ! 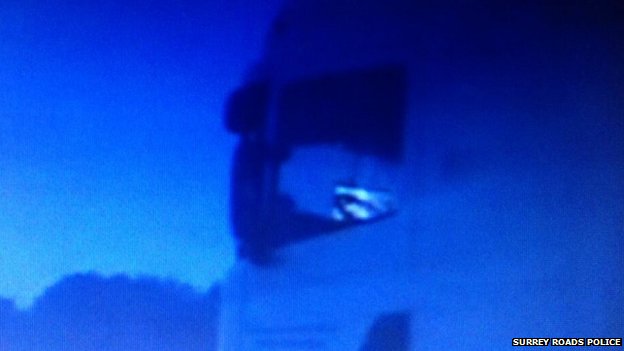 A lorry driver used Skype while driving on the M25, police said.

Another driver reported seeing the man apparently watching television at junction 12 on late on Tuesday.

The HGV, which had French plates, was stopped at junction 14, the junction with Heathrow Airport, where officers learned the driver had used the internet phone service.

The 35-year-old man was fined £500 and is due to be reported for driving without due care and attention.

Surrey roads policing officer PC Dan Pascoe, who stopped the driver, said: “We have no power to seize the vehicle and the roadside deposit negated the need to arrest the driver.

“Once he had paid the fine he was allowed on his way.

“He was also reported for summons to appear in court at a later date and if he does not appear then he will not get his deposit back.”

I’ve been listening to …