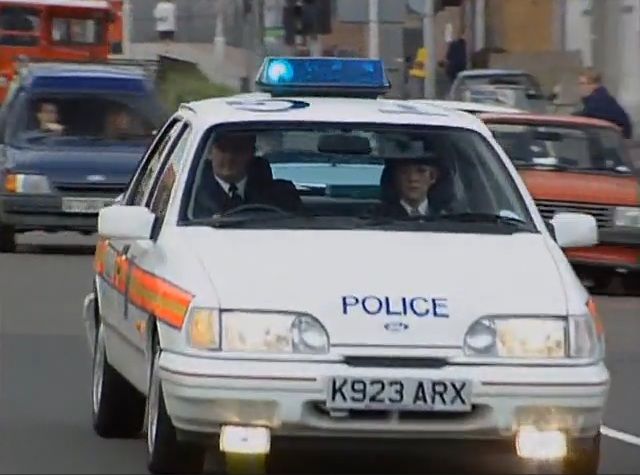 TV Channel ‘Drama’ have started showing  ‘The Bill’ from the very beginning.

Many of us grew up with this TV programme, but it changed many times in it’s 26 years history, as due to the show’s style, it reflected life in it’s current time.

So, we’ve re-wound to 1984, and it’s clear that this programme isn’t the familiar one we all remember most recently, the pace is much slower, with lots of pauses, and perhaps the pursuit of just one story through the hour’s episode.

The station setting is much smaller, but still features the pioneering technique of ‘real life’ filming – ie it’s not studio set, it’s all filmed within a proper building, but obviously as the series progressed it outgrew it’s original home (Spoiler Alert – watch out for the bomb explosion in a couple of series time which mean a ‘station bebuild’ – in fact a relocation to South Wimbledon!)

It’s a interesting watch tho, no mobile phones, tons of paperwork, Rovers, Cortina’s and mullets …